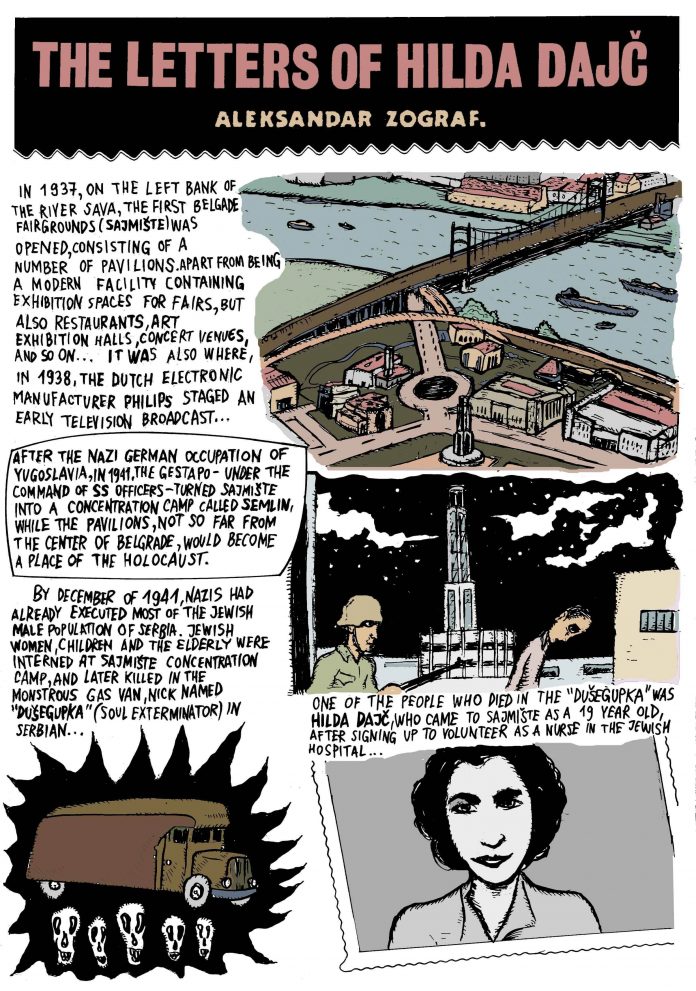 In 1941, among the concentration camps established by the Nazi government in occupied Serbia, one was founded in Zemun, a town situated not far from the country’s capital Belgrade.  It was part of the territory taken over by the Independent State of Croatia, a Nazi-satellite at that time, but control of the camp was almost completely held by SS Units.  During 1941/1942, the Germans nicknamed Sajmište concentration camp the Judenlager Semlin (Jewish camp in Zemun).  It was a place where thousands of Jewish people were interned before being gassed in a van.

A glimpse into the reality of this horrifying place is possible through the letters written by Hilda Dajč – four of which were smuggled outside the camp and preserved.  Even Hilda’s involvement in the act of smuggling her own letters should be recognized as heroism on this young girl’s part since the Nazis forbade any mail from being sent by prisoners; such activity was known to end with the execution of inmates.  The letters, addressed to Hilda’s friends from gymnasium days (Mirjana Petrović and Nada Novak) were forwarded secretly by the Jewish hospital staff, who were occasionally sent outside the camp under controlled circumstances.

Hilda was young and intelligent and bold enough to occasionally observe her own situation in an almost ironic way.  Since she had only limited time to write and channel her letters, this material was too brief to form any sort of book length publication, and therefore mostly ended up being cited in historical papers.

Still, her words haunted the artist for years and he began to think about creating a short comic based on her letters from the concentration camp.

In 2012, Zograf was a guest of the Beirut Comics Festival but on the very first day a car-bomb exploded on Sassine Square.  The powerful explosion destroyed an entire city block in the city’s central zone, wounding many and killing the chief of the Lebanese Intelligence Bureau of the Lebanese Security Forces.  The carefully planned blast halted regular activities and events including the Comics Festival slated to take place at the UNESCO palace restricting festival participants to the hotel where they had an opportunity for discussion and reflection.  Among those present that day was an editor of Popolo, an Italian Jesuit magazine, who offered Zograf an opportunity to publish one of his comics.

As a non-Catholic, Zograf was intrigued by the opportunity to collaborate with such a magazine and proposed the story of Hilda Dajč for its message that brings into sharp focus profound questions around the brutality mankind is capable of inflicting regardless of ideology.  This unanticipated collaboration led to Zograf’s visual portrayal of the story, written by a young Jewish girl in a concentration camp, to appear for the first time in a Jesuit magazine in the Italian language with a fairly large print run.  It was only then translated into the artist’s native Serbian language, and reprinted in the independent newsmagazine Vreme, in which he has continued to produce weekly two-page comics since 2003.

Soon afterwards, through the joint cooperation of the Israeli Embassy in Belgrade and the Serbian Ministry of Education, a small booklet was printed containing Aleksnadar Zograf’s Hilda Dajč.comic. It was then freely distributed in secondary schools in Serbia with the aim of informing young people about the Holocaust.  This work, first intended to inspire teachers to discuss the subject with pupils, toured the country as an exhibit.

In 2018, the booklet was included in the archival library of Yad Vashem in Jerusalem and it has, so far, been translated into the Japanese and German languages.  Its publication in France with L’Association is anticipated later this year. 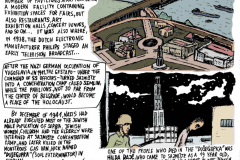 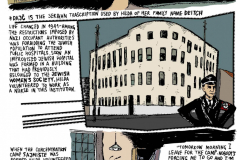 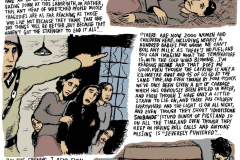 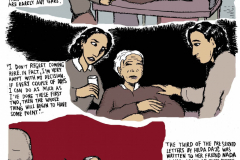 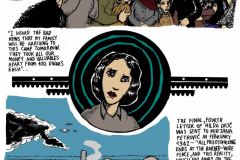 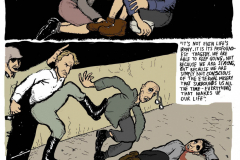 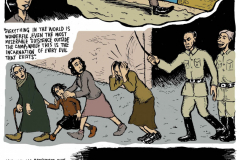 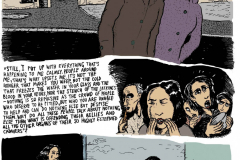 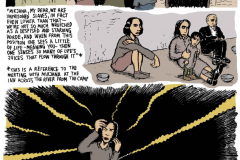 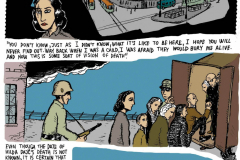